skip to main | skip to sidebar

intro : Hawa diciptakan daripada tulang rusuk Adam kerana ketika itu, Adam kesunyian dan Allah s.w.t menurunkan teman buat Adam dan ianya diciptakan daripada tulang rusuk Adam.
the story begins... ( bukan kisah benar )
A girl in love asked her boyfriend.
Girl: Tell me. Who do you love most in this world?
Boy: You, of course!
Girl: In your heart, what am I to you?
Boy: The boy thought for a moment and looked intently in her eyes and said, 'You are my rib. It was said that God saw that Adam was lonely, during his sleep, God took one of Adam's rib and created Eve. Every man has been searching for his missing rib, only when you find the woman of your life, you'll no longer feel the lingering ache in your heart.'
After their wedding, the couple had a sweet and happy life for a while.
However, the youthful couple began to drift apart due to the busy schedule of life and the never-ending worries of daily problems, their life became mundane.
All the challenges posed by the harsh realities of life began to gnaw away their dreams and love for each other. The couple began to have more quarrels and each quarrel became more heated.
One day, after the quarrel, the girl ran out of the house. At the opposite side of the road, she shouted, "You don't love me!"
The boy hated her childishness and out of impulse, retorted, 'Maybe, it was a mistake for us to be together! You were never my missing rib!'
Suddenly, she turned quiet and stood there for a long while. He regretted what he said but words spoken are like thrown away water, you can never take it back. With tears, she went home to pack her things and was determined in breaking-up.
Before she left the house, 'If I'm really not your missing rib, please let me go.' She continued, 'It is less painful this way. Let us go on our separate ways and search for our own partners.'
Five years went by...
He never remarried but he had tried to find out about her life indirectly. She had left the country and back. She had married a foreigner and divorced. He felt anguished that she never waited for him.
In the dark and lonely night, he lit his cigarette and felt the lingering ache in his heart. He couldn't bring himself to admit that he was missing her.
One day, they finally met. At the airport, a place where there were many reunions and good byes. He was going away on a business trip. She was standing there alone, with just the security door separating them. She smiled at him gently.
Boy: How are you?
Girl: I'm fine. How about you? Have you found your missing rib?
Boy: No.
Girl: I'll be flying to New York in the next flight.
Boy: I'll be back in 2 weeks time. Give me a call when you are back. You know my number. Nothing has changed.
With a smile, she turned around and waved good bye.
Good bye...
One week later, he heard of her death. She had perished in New York, in the event that shocked the world.
Midnight, once again, he lit his cigarette. And like before, he felt the lingering ache in his heart. He finally knew. She was the missing rib that he had carelessly broken.
Things happen each day, many of which are beyond our control. Let us treasure every moment and everyone in our lives. Sometimes, people say things out of moments of fury. Most often than not, the outcome could be disastrous and detrimental. We vent our frustrations 99% at our loved ones. And even though we know that we ought to 'think twice and act wisely', it's often easier said than done.
*Tomorrow may never come. Give and accept what you have today. 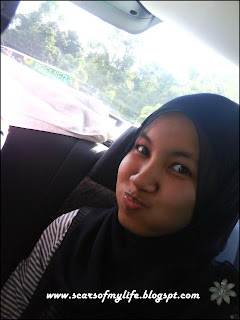 You're so special to me, And I care for you. If only you could see, How much I really love you.

Sure, sometimes you've yelled at me, And sometimes you were mad. I always learnt my lesson, though, And for that i am glad.

I'll always be here for you, And in case you didn't know, I will always love and care for you, Every second that I grow.

one afternoon, the boy and the girl went to a date.
the conversation between them starts with the quetions of the girl.
Girl: Do you really love me?
Boy: Of course I do.
Girl: I wanna hear you say it.
Boy: I don’t have to.
Girl: Why not?
Boy: Because...
Girl: I just want to hear you say it in words.
Boy: I can’t...
The girl started to cry softly and said:
Then you don't love me...
The two continued to walk in silence. They
reached the girls home.
Girl: Why?
Boy: Do you really want to know?
Girl: (hesitantly) Yes.
He hugged her gently, kissed the tip of her nose
and whispered in her ear,
'Because three words are not enough...'
p/s : such a sweet stories :)

azuita binti zoolkiflie
19 going 20 this 23rd disember 2010
im the middle in my family (3rd from 5 siblings)
extraordinary girl who like treasure everything
family first, frends second
vanilla shake lovers :)
music, my passion, my soul
favourite quotes : if u love sumone, make sure the loves that u spend does not exceed love to Allah because luf Allah is always in the first ranking:)
enuff said :D